Public blockchain: key market players and their role in the crypto industry 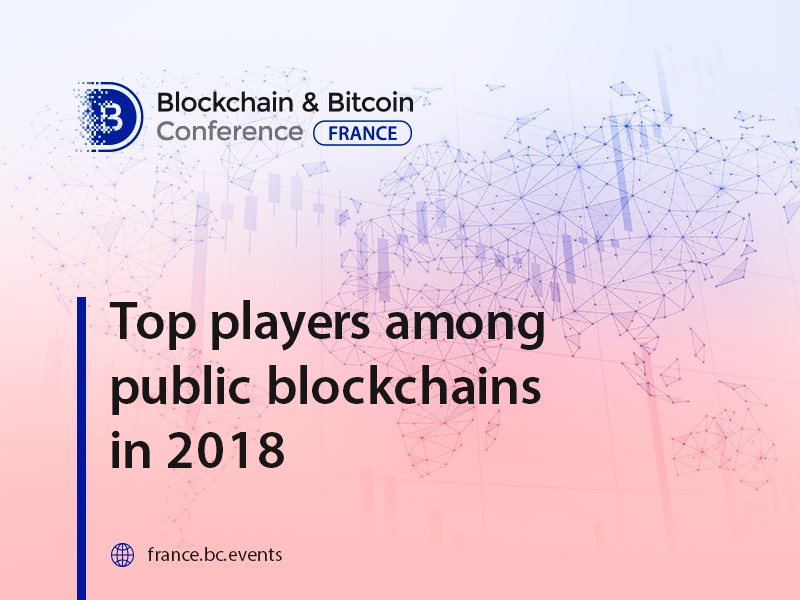 After Satoshi Nakamoto created Bitcoin, more than 1500 new cryptocurrencies have appeared. Some of them are based on existing ones, and some are based on completely new decentralized databases.

Let’s take a look at the top participants of public blockchain in 2018, who continue to develop their ecosystem and become the basis for new projects in the crypto industry. In addition, we will talk about the difference between public and private distributed ledgers.

The fact is that, in addition to cryptocurrency, distributed ledgers are also used by private enterprises, for example, during the voting of company's stakeholders or for the corporate document flow. In such cases, public blockchain is useless, since it takes too much time and processing power to process transactions.

Private blockchain can solve this problem. Often such systems are available exclusively for internal specialists and are used on the basis of an already existing public distributed ledger. In private blockchain, all participants in the chain are also known to each other, so there is no confidentiality. To find out more details on what is the difference between public and private blockchain follow the link.

In general, before using a private blockchain, it is necessary to familiarize yourself with the technical specifications of public distributed ledgers on which they are based. For this very purpose we have prepared a list of top known participants in Public blockchain.

Top players of the crypto market

Undoubtedly, the most famous blockchain is that of bitcoin. But being a ‘digital gold’, the first cryptocurrency is poorly coping with the function of mutual payments, that is, it doesn’t have high transaction speed. In this regard, opinions of the network participants on the blockchain divided. Part of the nodes decided to increase the capacity of the distributed ledger and create through a hard fork a new cryptocurrency– Bitcoin Cash.

But this is not the first split of the bitcoin blockchain. The network has about six new branches, but so far they have no much success among the miners and holders. The most valuable in terms of digital assets is still Bitcoin, although the technical features do not allow it to be widely used in other infrastructure projects.

One more key player of public distributed ledgers is Ethereum. It is on the basis of this ecosystem that many blockchain startups and new cryptocurrencies are created. Thanks to its technical functions, Ethereum protocols can be used for the creation of smart contracts and thus solve problems of any complexity.

Ethereum was mentioned at the Center for the Development of the Information Industry of China, which calculates the index of public blockchains every month. The analysis takes place on the basis of technological possibilities, usefulness and innovativeness of the project.

According to the Center’s estimates made in May, Ethereum got the first place, and bitcoin – the 13th. The second place was occupied by Blockchain Steem, the third was given to Lisk, followed by NEO, and the fifth one went to Komodo.

When forming the index, the Chinese department uses the following characteristics:

According to the criteria of the Chinese analytical center, 28 public blockchains were evaluated, including Ark, Bitcoin, Bitcoin Cash, Cardano, Dash, Ethereum, IOTA and NEM.

Thus, public blockchains can be used to keep savings (like bitcoin), and to create new crypto projects (IOTA, NEM and Ethereum). Depending on the specific task, it is necessary to select a distributed ledger, technical specifications of which are the most suitable for the idea implementation.