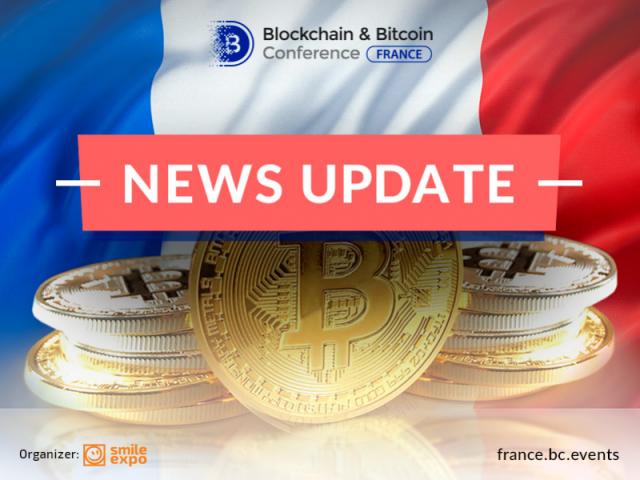 How does Monsieur Bitcoin treat cryptocurrencies? How much did Ledger earn in 2017? Which crypto novelty was implemented in Opera browser? Learn about these and other news from the world of cryptocurrencies and blockchain that took place within the previous week in our weekly digest.

High-ranking French official, who previously served as French executive director of the IMF and World Bank, Jean-Pierre Landau said that direct regulation of cryptocurrencies can harm the entire crypto industry.

He published his opinion in a 107-page report. He believes that the regulation of cryptocurrencies cannot work for three reasons:

Crypto community called Jean-Pierre Landau ‘Monsieur Bitcoin’ for his reserved attitude to cryptocurrencies and comparison of crypto assets with a ‘tulip fever’.

Recently, the cryptocurrency world faced the first Initial Convertible Coin Offering (ICCO). It was announced by the blockchain company Palladium and the Bittrex exchange.

The ICCO will take place in the jurisdiction of Malta. The main feature of this event is that token holders will be able to exchange coins for Palladium shares at any time for three years.

According to the chairman Paolo Catalfamo, such a project is the first step in bridging a gap between traditional finances and crypto market.

“Our ICCO is a unique opportunity for institutional investors who are aware of the advantages of tokensales, but do not risk investing in them because of weak regulation of the sector. Thanks to Palladium, investors will be able to manage a portfolio of fiat and crypto assets and not to violate laws”, says Paolo Catalfamo.

The popular Opera browser has got a built-in cryptocurrency wallet in the mobile version for Android. According to Opera Software, it is not a separate application, but a full-fledged wallet, which is installed in the browser. It was called Opera Crypto Wallet.

According to the developers, the wallet keys will be stored on the user's phone, and Android's mechanisms will be responsible for the security. Thanks to it there is no need to create new passwords or PIN codes. The wallet supports Ethereum and tokens on the ERC-20 and ERC-721 standards.

The wallet has an integration with the Coinbase crypto exchange, so that users will be able to purchase products from Opera Crypto Store directly through the wallet.

The French company Ledger said that it summed up the results of sales in 2017. It turned out that the number of hardware crypto wallets sold within the year exceeded one million. The company received €25 million net profit.

According to the Ledger’s President Pascal Gauthier, the company plans to start another round of financing in addition to the January one: then Ledger raised $75 million from venture capitalists. The company intends to expand the geography of sales, which includes 165 countries today.

Follow the news of French and international blockchain industry on the website of Blockchain & Bitcoin Conference France.