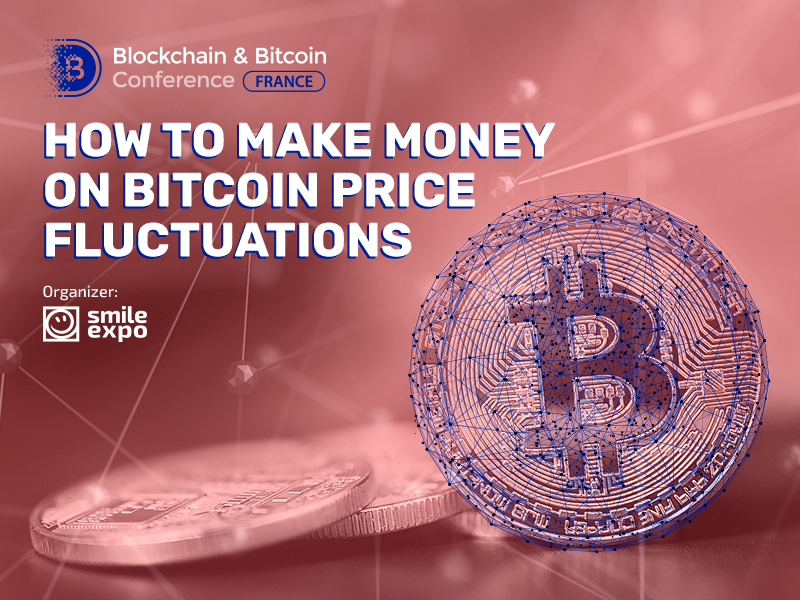 Currently, Bitcoin costs $8431, and last December its price surpassed the mark of $19,000. Let’s analyze what causes the high volatility of the first cryptocurrency, what influences its price formation, and how one can make money on its fluctuations.

How Bitcoin price was changing

Bitcoin arrived in the market in 2008 priced less than a dollar. Nobody took cryptocurrency seriously at that time and no one could imagine that one coin would cost almost $20,000 at some time in the future.

With great difficulties, the world’s first deal involving Bitcoin was made on BitcoinTalk forum. A programmer from Las Vegas bought two pizzas for 10,000 coins. At the current price that would be the most expensive pizza in the history of humanity. Moreover, cryptocurrency miners did not use to value their hard disks where coins were stored and one could hardly assume that by disposing of a computer one was throwing away millions of dollars.

The 2011 became a turning point in the history of Bitcoin. At that time, a specialized exchange MtGox appeared that allowed exchanging Bitcoin for not only dollars but also other fiat currencies. Bitcoin price grew from zero to $22 then. That was when reputable publications first mentioned Bitcoin and the first conferences appeared dedicated to cryptocurrencies and blockchain.

Two years later, the growing interest in Bitcoin caused an increase in its price that exceeded $100. And in January of 2017, the price of the first cryptocurrency reached $1000. According to CoinDesk, Bitcoin reached its climax in December of 2017, when it cost $19,343, and later after correction – $13,857.

What does Bitcoin exchange price depend on?

By technical characteristics, Bitcoin is not backed up by any real asset, it doesn’t belong to anyone, it does not have a central bank that would deal with its issuance and regulation of price. As history shows, Bitcoin price is formed exclusively based on demand and supply. In other words, the more people learn about cryptocurrency, the more want to buy it. And due to the growing demand, the price is also growing.

So why Bitcoin is so attractive for investors? It's all about the technology. The blockchain, on which Bitcoin relies, provides security, anonymity, and transparency of transactions. Also, it is not dependent on government structures, and all information about transactions is stored decentrally.

In addition, Bitcoin price is influenced by newsworthy events related to cryptocurrencies. Be it their legislative regulation in a particular country, launch of new crypto exchanges, or statements of various investment banks and well-known investors.

Another factor that affects the cost of Bitcoin is the development of the ICO market. Capitalization of the industry is growing, and as investing in such projects is usually possible only using cryptocurrency, this causes demand for Bitcoin.

Regulators as a cause for volatility

Last spring, Bitcoin price increased twofold. Such a surge was caused by the news saying that Japan legalized Bitcoin as a payment means. Afterwards, large Japanese investors started actively investing funds in Bitcoin. Following Japan, authorities of Australia decided to exempt from taxes cryptocurrency operations starting from the middle of 2017. After this news, Bitcoin price skyrocketed.

Shutdown of crypto exchanges in China (taking into account that most of Bitcoin turnover accounts for this country) and ban of ICOs played an important role in the formation of Bitcoin price. Authorities explained their decision with a threat that the crypto economy poses to the financial stability of the region. Another factor was the statement of the head of JP Morgan Chase James Dimon saying that Bitcoin was a fraud.

Those events caused the drop of Bitcoin price. However, in December of 2017, the US recognized Bitcoin as an asset, and after that, its price reached its maximum mark and approached $20,000 for a token. At the beginning of 2018, the Chicago Board Options Exchange launched Bitcoin futures trading, arousing interest of investors and the price of the first cryptocurrency was stabilized after a substantial correction.

Speculations in the crypto market

As Bitcoin price is formed solely based on demand and supply, which are driven by various newsworthy events and decisions of regulators, speculators play an essential role. Relying on different rumors, traders buy or sell cryptocurrency, thereby changing its price.

Furthermore, Bitcoin is popular in hyperinflated countries, where money becomes worthless day by day. To somehow preserve savings, residents of Venezuela and Argentina invest in Bitcoin. Such actions significantly increase demand for cryptocurrency and Bitcoin price is growing.

Impact of mass media and hackers on the demand for Bitcoin

Apart from different occurrences in the financial world, negative references in mass media affect the cost of Bitcoin. This includes purchases of guns and drugs on the darknet for cryptocurrency and financing of terrorism. However, even criminal activities trigger demand for cryptocurrency and encourage the growth of its price.

Massive cyberattacks involving WannaCry and Petya viruses also brought popularity to Bitcoin. Malefactors hacked computers and encrypted information. In order to decipher data, cyber criminals demanded ransom in Bitcoins. It incentivized the demand for the first cryptocurrency, although presented it solely in a negative light.

Trust and limited supply of Bitcoins

A growing number of entrepreneurs start to accept Bitcoin payments, it increases trust among users.

Another nuance is the restricted issuance of tokens. Overall, only 21 million Bitcoins can be mined, and for now, around 17 million were mined. A limited number of assets always provokes an increased demand for them.

How to make money on Bitcoin

Traders, miners, and manufacturers of graphics cards and integrated circuits used to mine cryptocurrency make money on Bitcoin.

exchange speculators earn money on surges and drops in Bitcoin price by buying coins at a lower price and selling at a higher. But it isn’t that simple to predict Bitcoin price, you need to have special knowledge to forecast and monitor long-term trends.

Trading on such exchanges resembles Forex. Here one will also find price charts and diagrams for cryptocurrency pairs, trading volumes, the history of deals.

Another way to make money on Bitcoin is the possibility to capitalize on differences in prices between exchanges. As Bitcoin price is not regulated, it can differ on various exchanges.

Long-term investing is another method. For instance, one could buy Bitcoin for $22 in 2011, and sell it for $19,000 in 2017. Naturally, one should have tough guts and a secure crypto wallet to safely store funds.